What a Rare Site

I'm originally from a small town or what is also called, "the country." I saw butterflies all the time. But when I moved to the city, I hardly noticed any. Maybe it was because I was so caught up in the "hustle and bustle" and the newness of the city that I no longer noticed them. Because in the country, the pace is much slower, it's so easy to stop and enjoy them that, their presence can be taken for granted.

But it's not only the butterflies that were taken for granted when I moved to the city. Organic food--before I knew what organic food was and before it became such a catch phrase--was a way of life growing up.

We had what is called "free-range" eggs all the time from our own chickens or we'd buy from a local when our hens were slow to lay (eggs). We'd get some picked-fresh fruits and vegetables from our own trees and gardens and sometimes from those who shared theirs.

Fish was another thing. We rarely, if ever, bought fish from the store. Fish my family bought primarily came from someone we knew who fished or "the fish man". This was a fellow townsman who went fishing a few days a week. He would then drive slowly down the street to sell his catch. And we knew the fish were fresh: they were sold alive! My, those were the days.

May my sighting of that beautiful butterfly in the middle of the concrete jungle and the privilege I got to photograph it remind me to appreciate the beauty of what God has given us to enjoy. 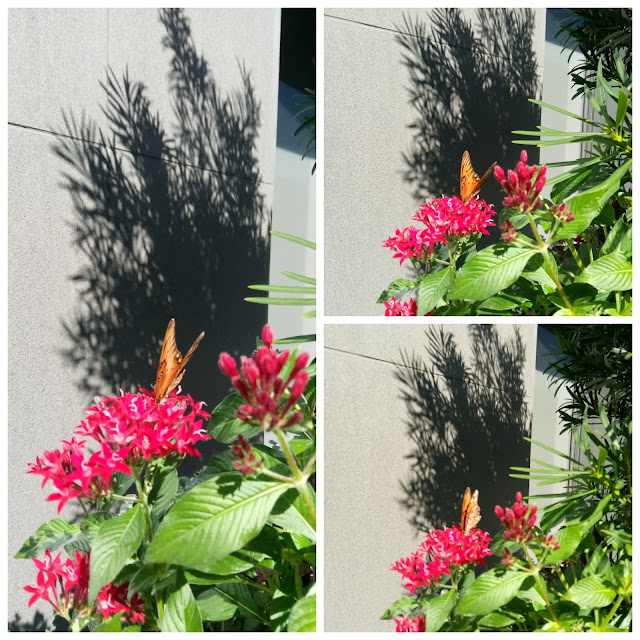